I’d like to pretend that I made a special trip to Kenwood House on Hampstead Heath just to see the rhododendrons and azaleas in full flower, with the visit carefully timed to catch them at their peak. But I’m afraid it didn’t happen like that. I actually went with a group of Twitter friends to see the house, which has been closed for refurbishment for years but has finally reopened, forgetting all about the famous rhododendron garden until we rounded a corner of the house and saw it in all its glory. 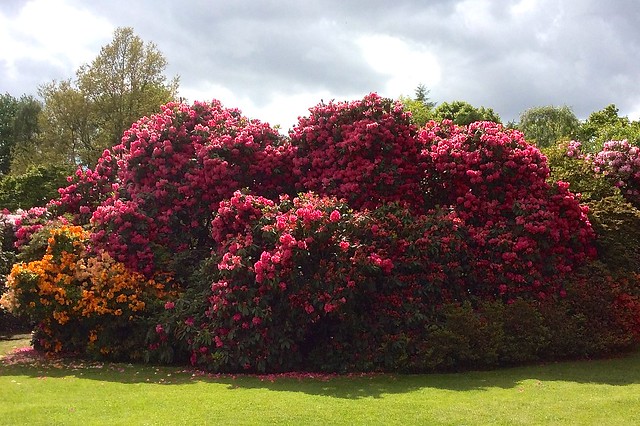 The first question you’ll be asking (I know you so well!) is, what’s the difference between rhododendrons and azaleas? Well, not a lot is the answer. Azaleas are actually a kind of rhododendron, usually a bit smaller and with funnel shaped flowers as opposed to bell shaped ones for rhododendrons. The acid test is number of stamens – five for an azalea and ten or more for a rhododendron. Plus, rhododendrons are evergreen, while you can sometimes get deciduous azaleas. 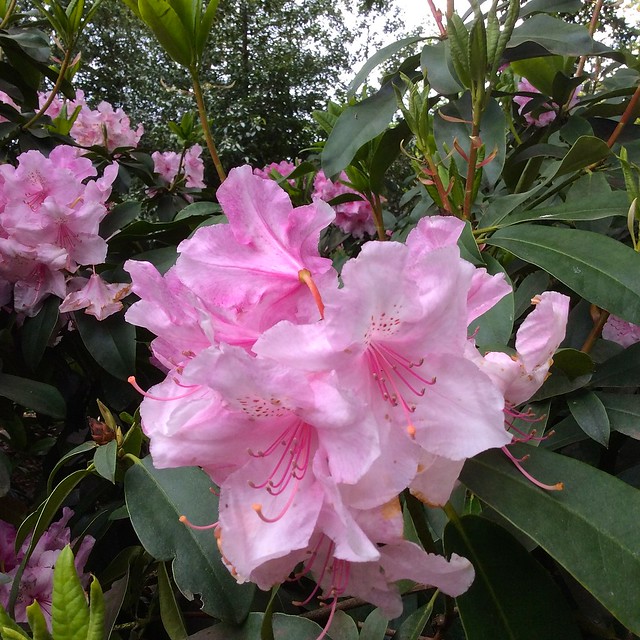 Next question – the one all my companions asked me – is, what have rhododendrons and azaleas got to do with Japan? (A Japanese connection, however tenuous, is required for inclusion in this blog). Well, I’ll tell you. Tokyo is a city of azaleas. Many of the streets, especially around Kasumigaseki where I used to work, are lined with low, clipped azalea bushes and at this time of year they burst into flower so the streets look as though someone’s painted them in candy-coloured stripes. Plus, the Nezu Shrine in Tokyo is famous for its azalea festival in early May. I love azalea season in Japan and it was brilliant to be reminded of it. (Hey, I said however tenuous, didn’t I?)

So now we’ve got that out of the way, sit back and enjoy the show! 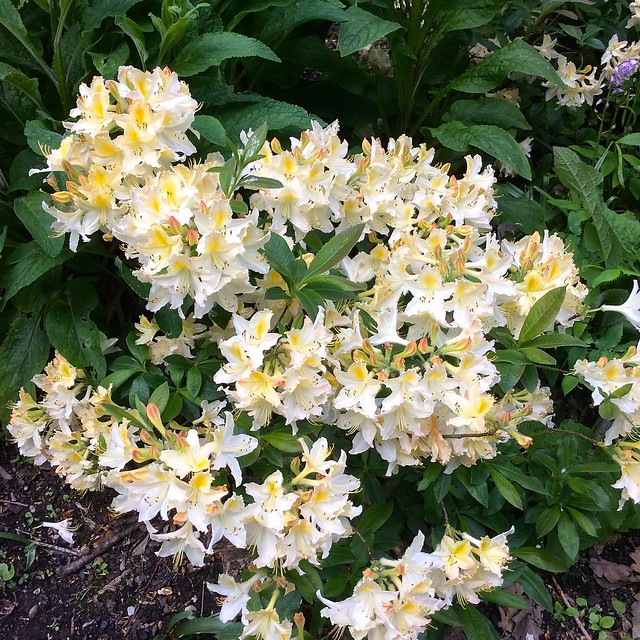 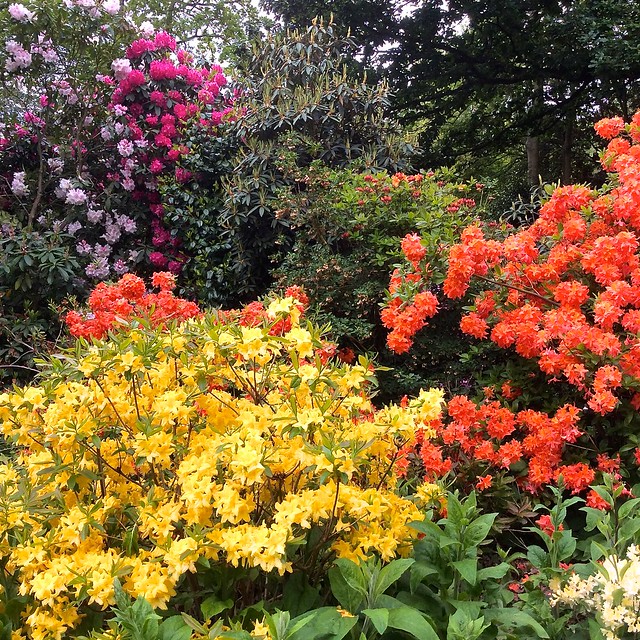 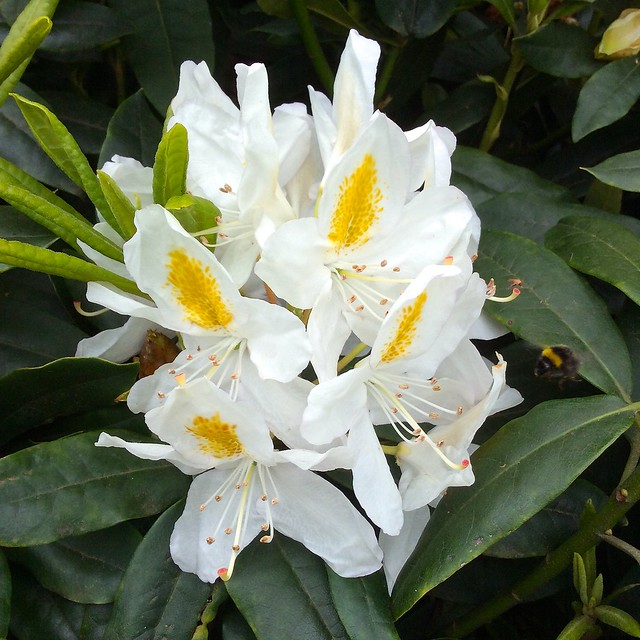 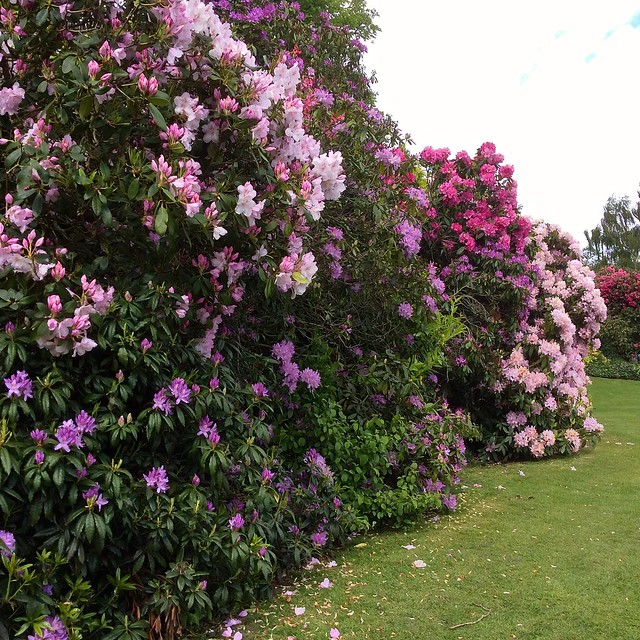 If you want to visit Kenwood House itself, entry is free and it’s open every day from April to September, 10 am to 5 pm. You can visit the heath and the gardens at any time. 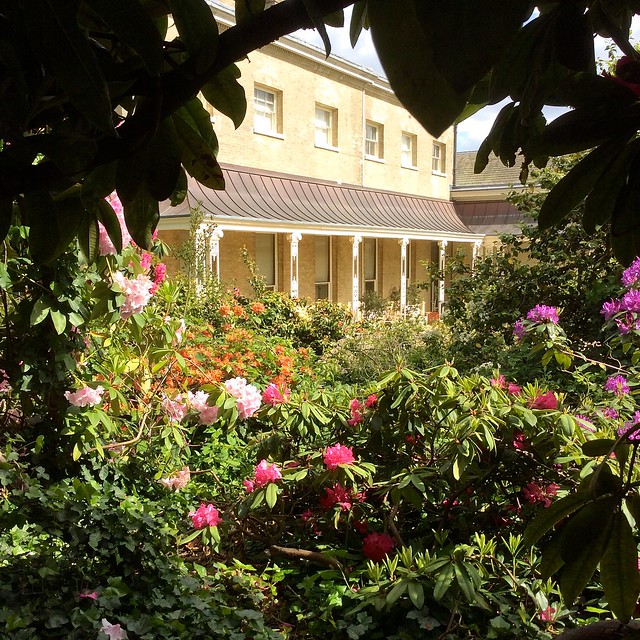 13 thoughts on “Rhododendrons and Azaleas at Kenwood House”