Where did you go for Open Garden Squares Weekend? I joined a walking tour of Mayfair led by my friend Yannick, London Tour Guide extraordinaire. And, in amongst the garden squares, he included this remarkable fountain. It’s by Japanese architect Tadao Ando, it’s outside the Connaught Hotel and it’s probably one of London’s best-kept secrets. Bet you’ve never seen it! 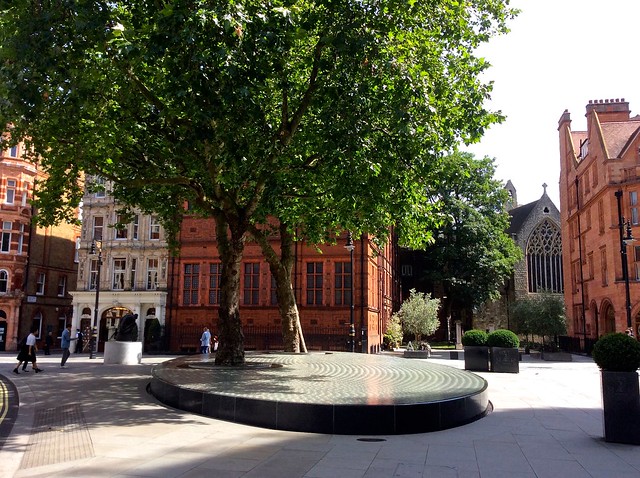 One reason it’s not very well known is because it’s not been there very long. it was completed in 2011, commissioned jointly by the Connaught Hotel and Westminster Council. And it doesn’t advertise itself – it’s perfectly possible to walk past and never realise it’s there, because it’s flat and modest – and silent.

No gushing spouts or rippling falls here – just water trickling down the outside of a peaceful basin and, every fifteen minutes, a gentle hiss and a cloud of water vapour to startle the unwary. 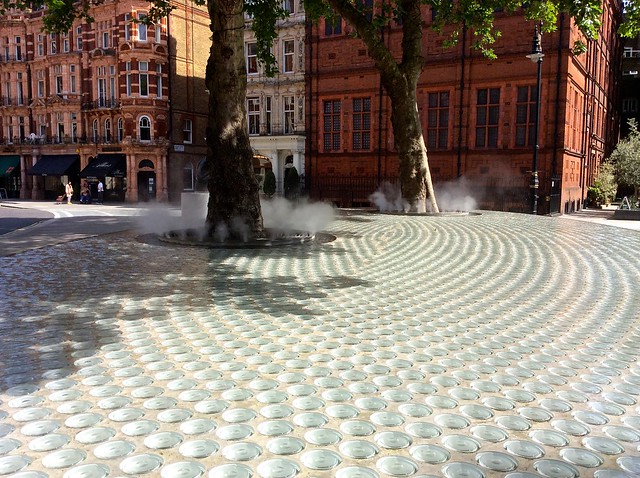 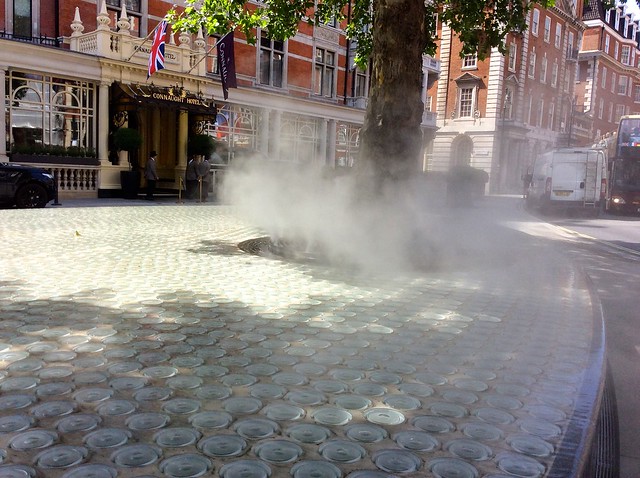 It’s best seen on a sunny day with a gentle wind to ripple the surface and create patterns and textures. Like this: 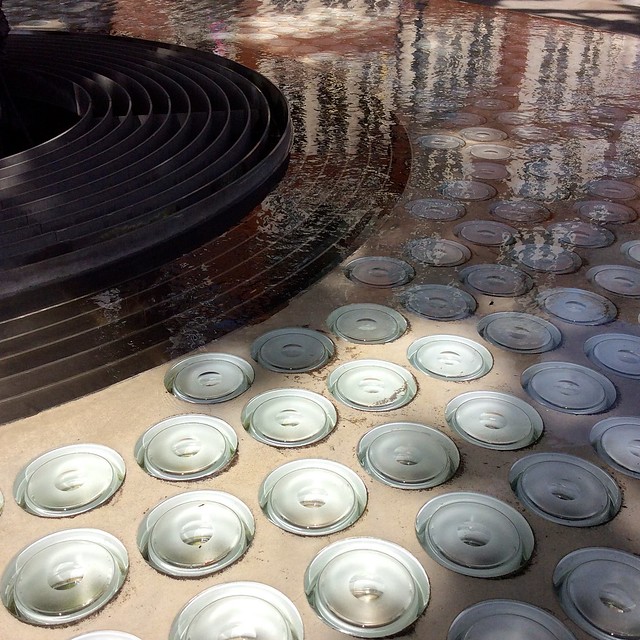 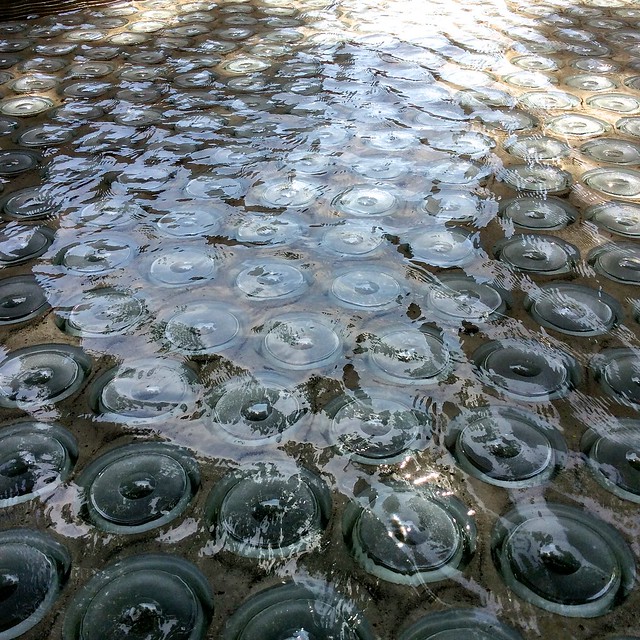 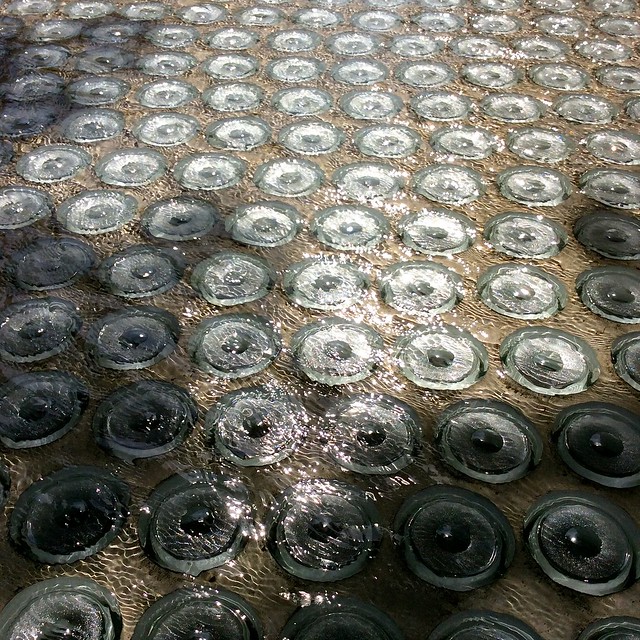 Ando is from Osaka, a self-taught architect who started out as a boxer, and his focus is on the beauty of simplicity, the art of creating emotion from the organisation of space. His fountain, titled Silence, does just that – I recommend spending some time with it to appreciate its simple complexity.