The yellow water iris (Iris pseudacorus) is in flower at the moment. I’ve come across it in two very different places in the past week – the Barbican Centre in the east of London and the Italian Gardens in Kensington Gardens in the west. The two locations offer an interesting contrast in style – formal versus lush, modern versus traditional, concrete versus greenery. Which would you go for?

Let’s start in the west. The Italian Gardens are a 150-year-old ornamental water garden near the Lancaster Gate entrance to Kensington Gardens. They were created by Prince Albert for Queen Victoria and are made up of four basins with central rosettes carved in Carrara marble, with an ornate Pump House at the northern end.

The basins all have fountains, and the large clumps of yellow water iris in each corner are currently in full flower. The effect is lush, gorgeous, Italianate. The irises, rooted in cages just below the water line, are part of a new planting scheme that sets out to recapture the original Victorian vision.

In the east the approach is very different. Opened in 1982, the Barbican Centre contains the most famous brutalist architecture in the country and is now Grade II listed. 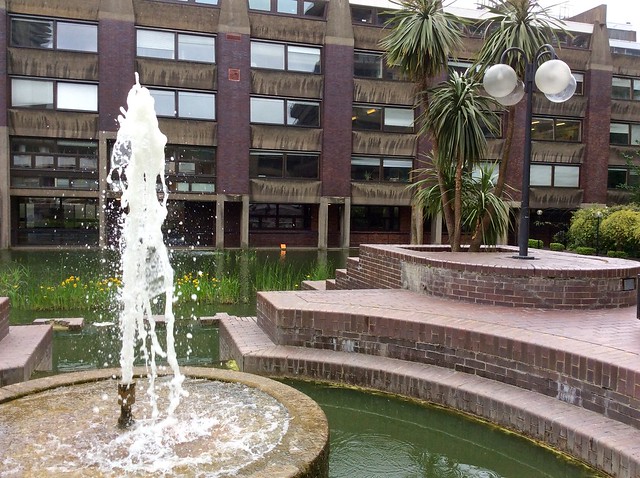 On the terrace, overlooked by an urban landscape acknowledged as one of the most significant architectural achievements of the twentieth century, lines of yellow water iris flank a series of fountains like ranks of soldiers escorting tanks in a May Day parade. 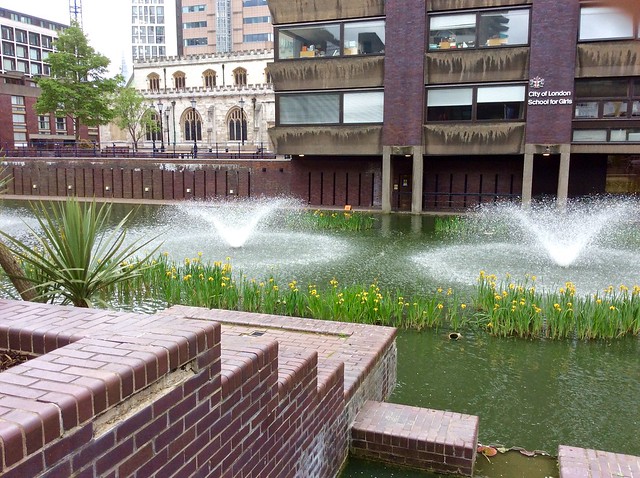 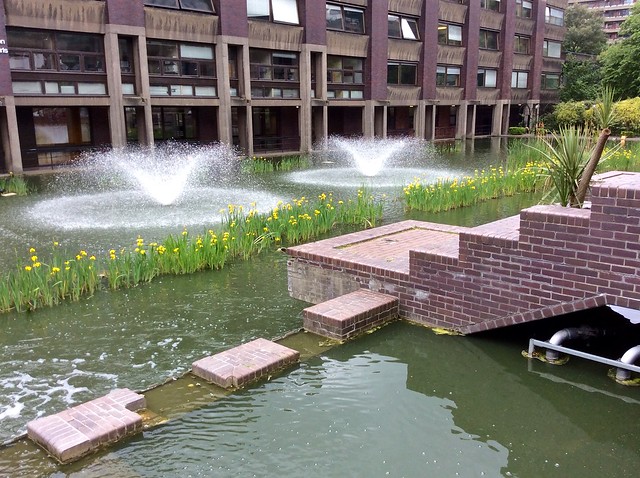 I have to confess, I’m rather drawn to its uncompromising simplicity, a perfect echo in flower form of the stark lines of the buildings that surround it. 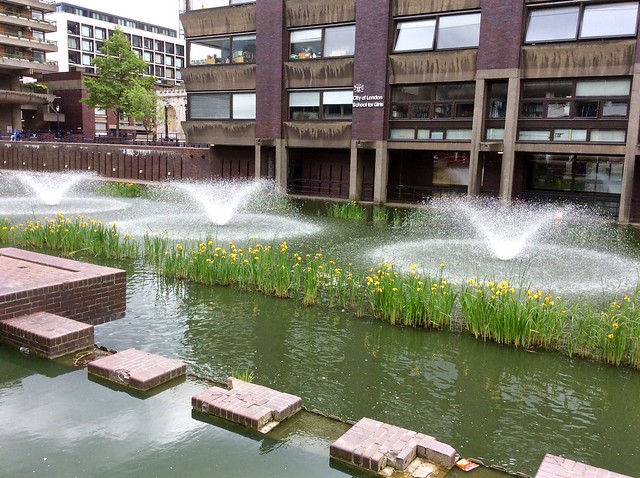 So there you have it. One flower – two very different approaches. East or west? What do you think?

Fascinating fact: The fleur de lys is thought to be a stylised version of the yellow water iris.