I bet you’ve walked past Freemasons’ Hall on Great Queen Street, just round the corner from the Opera House in Covent Garden, a million times and never thought of going inside. I certainly hadn’t. It’s the headquarters of a bizarre secret society open only to men, so why would I want to go in there? Because it has some of the most spectacular Art Deco interiors in the country, that’s why. 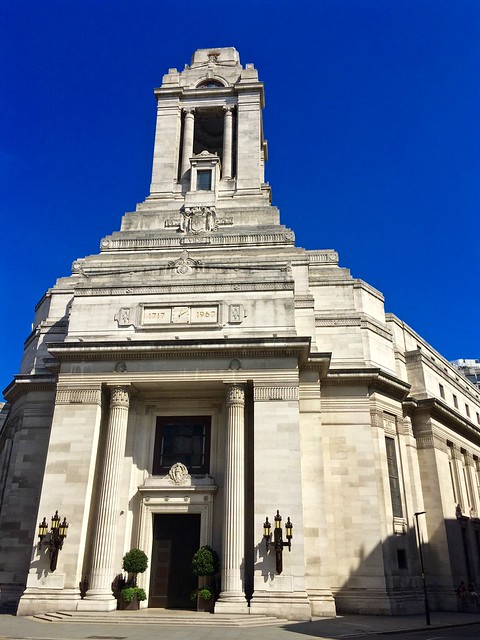 It’s a pretty amazing building even from the outside. It was built in the early twentieth century; construction started in 1927 and the building opened in 1933. It’s massive, looming over Long Acre, its doors flanked by fantastic candelabra. It covers two and a quarter acres and cost a million pounds. The inside is even more amazing, starting with this imposing staircase. 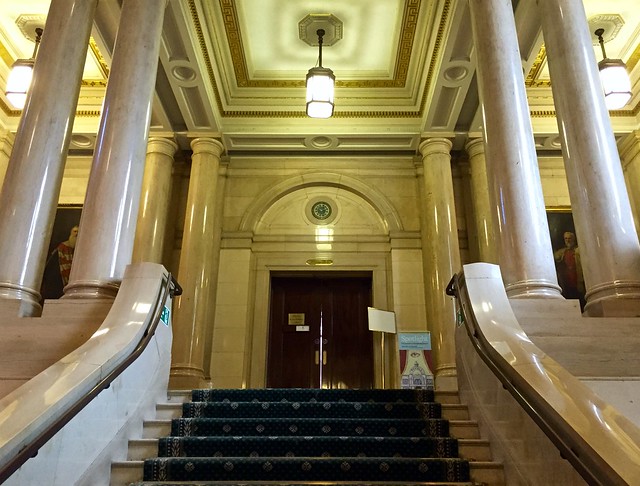 Our tour of the building started in the museum where artefacts associated with the Freemasons are displayed, including banners belonging to Grand Masters. 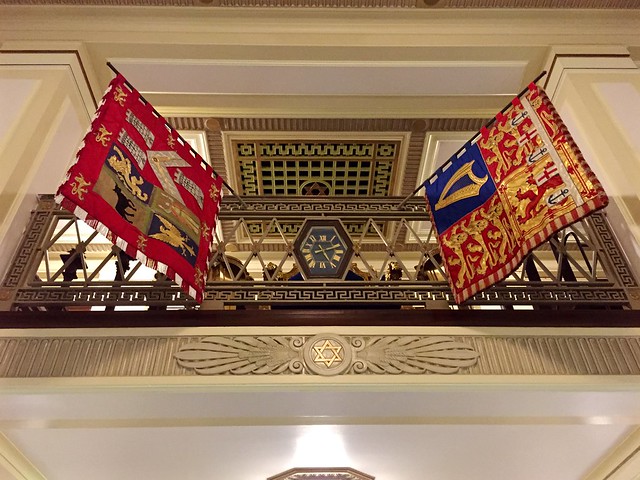 But then came the real revelation as we stepped into a fantastic decorated palace with spectacular ceilings and stained glass windows. 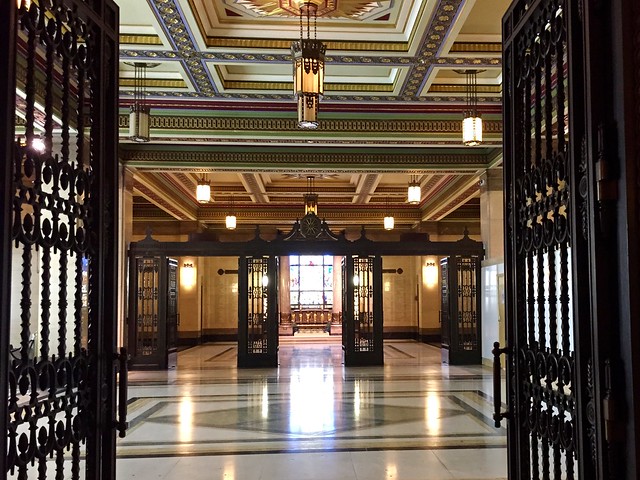 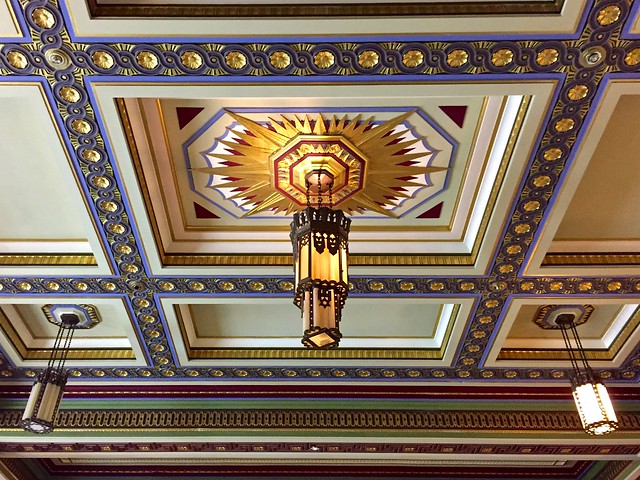 The building was originally intended as a peace memorial to Masons who died on active service in World War I. Their names are inscribed on a scroll contained in an elaborate altar set in a church-like hall. 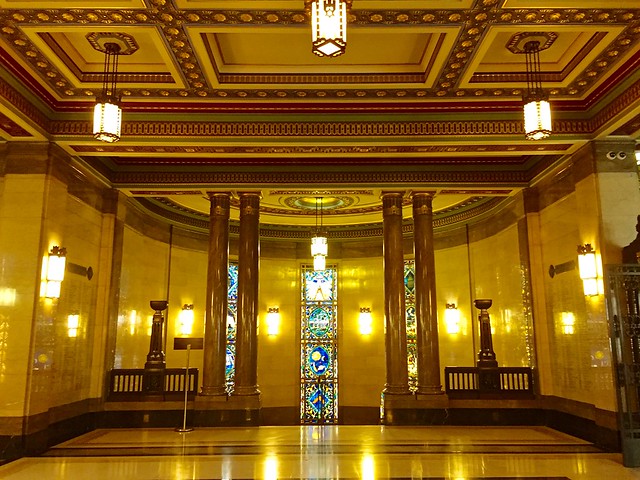 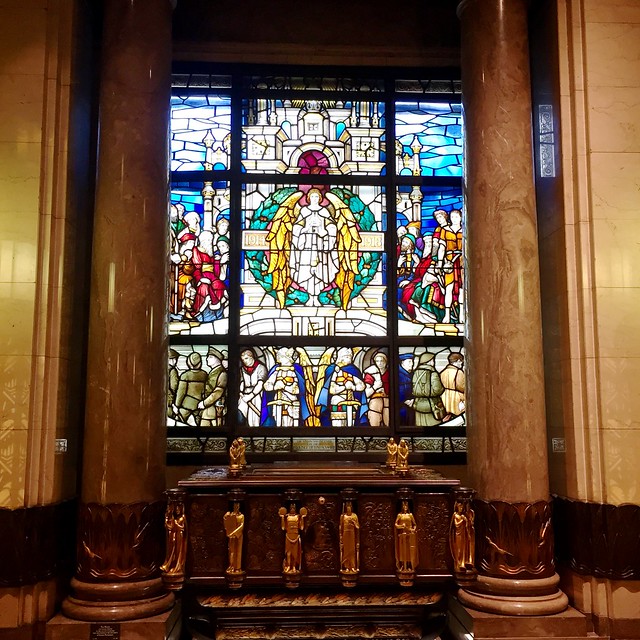 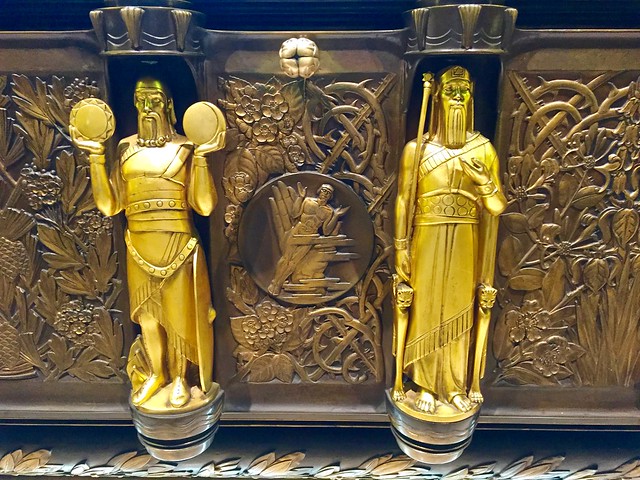 The building contains twenty four separate temples, or meeting rooms, of which the most spectacular is the Grand Temple. Behind its decorated bronze doors is seating for 1,700 people, a massive organ and a ceiling decorated with moons and stars. 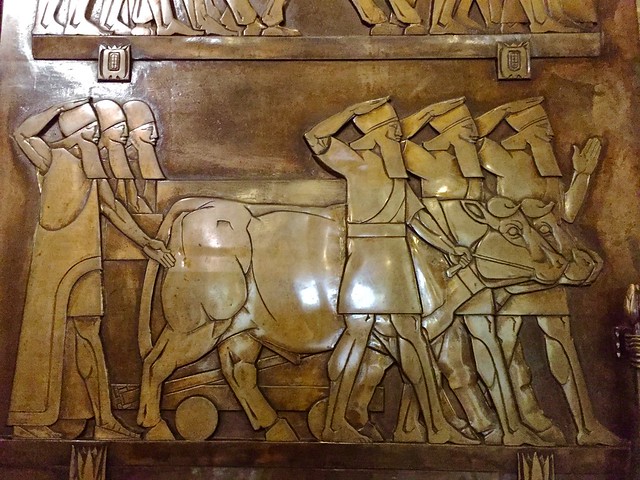 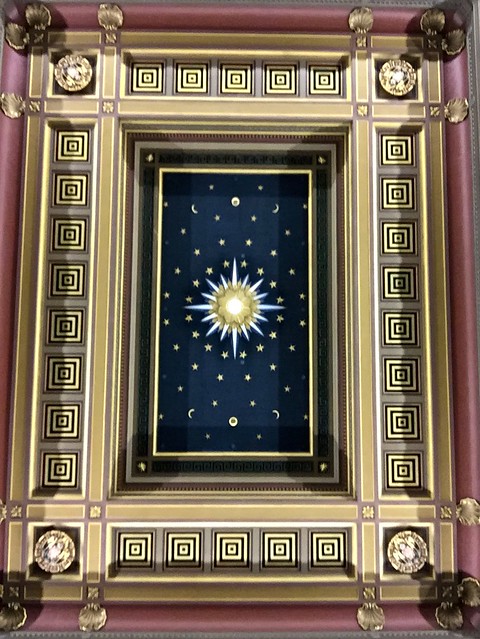 The ceiling cove is decorated with a mosaic of figures and symbols from Masonic rituals. 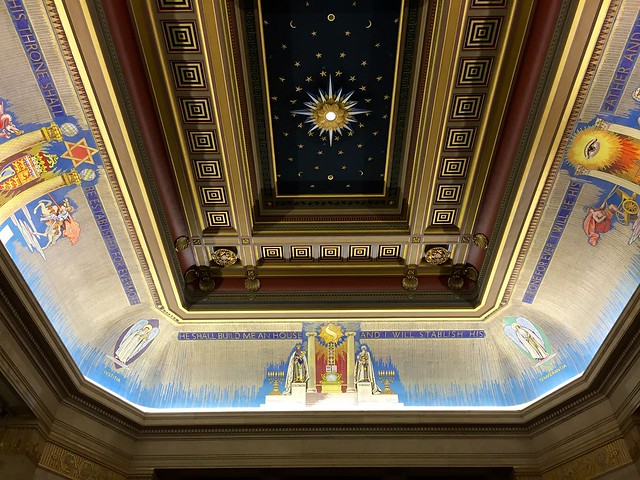 On weekdays there are five free tours a day at 11am, 12noon, 2pm, 3pm and 4pm with no need to book. For a Saturday tour you need to book seven days in advance and pay a booking fee of £1. Give it a go – it’ll knock your socks off. 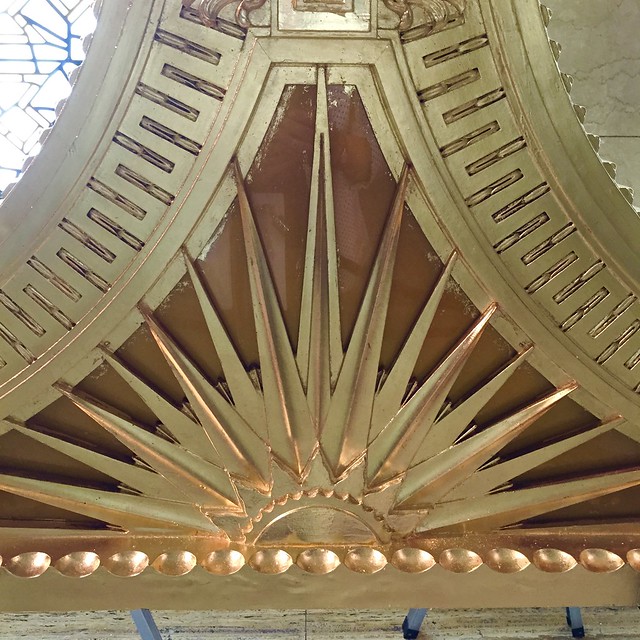 8 thoughts on “The Art Deco treasure house you never knew was there: Freemasons’ Hall”