Every year I have my first mince pie of the season at the Geffrye Museum Friends Christmas party, and revisit their annual Christmas Past exhibition. The exhibition has been running for over twenty-five years and it takes the staff hours to painstakingly decorate each room in the style of the relevant period. The result never fails to enchant. 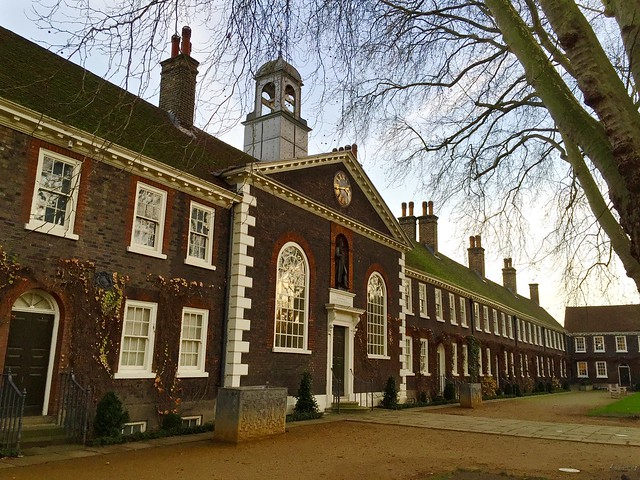 The Geffrye Museum is the museum of the home, depicting life through the ages of ‘people of the middling sort’. It’s housed in a row of eighteenth century almshouses, one of which has been restored, which I wrote about earlier this year. But the museum itself consists of a series of room sets from the seventeenth century to the present day, showing how people would have lived in the rooms and what their furnishings and decorations would have been like.

In the 1630 room, the Christmas focus is on the variety of festive food. 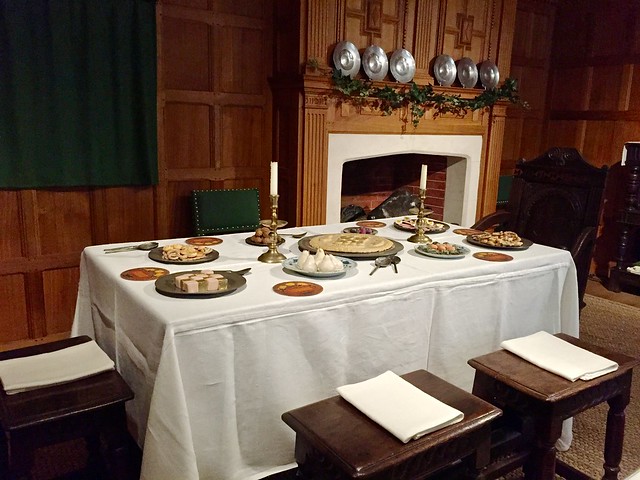 While the 1695 room shows how people would create their own Christmas entertainment with music played on the viol and recorder. 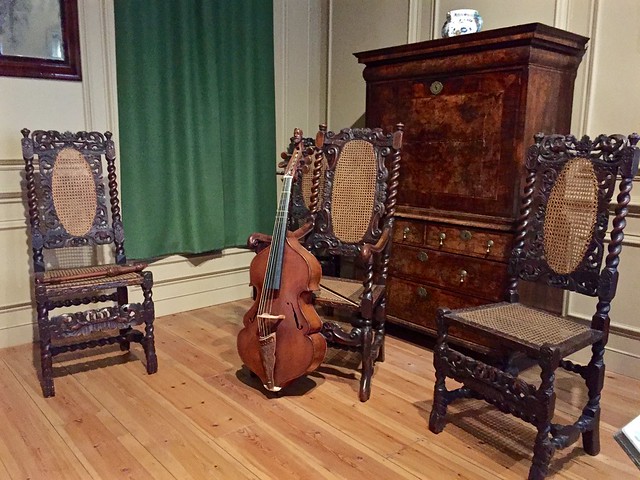 By 1795 Christmas had become a plainer affair. Christmas dinner would have been roast beef and plum pudding. 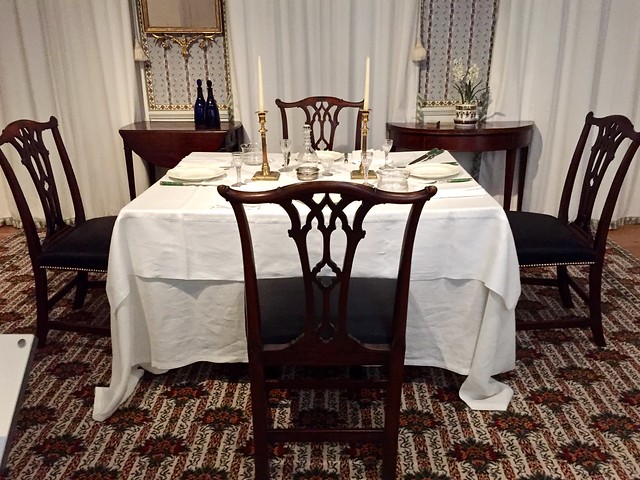 By the early nineteenth century Christmas had become more elaborate and jolly – hence the decorated Christmas cake in this 1830 room. 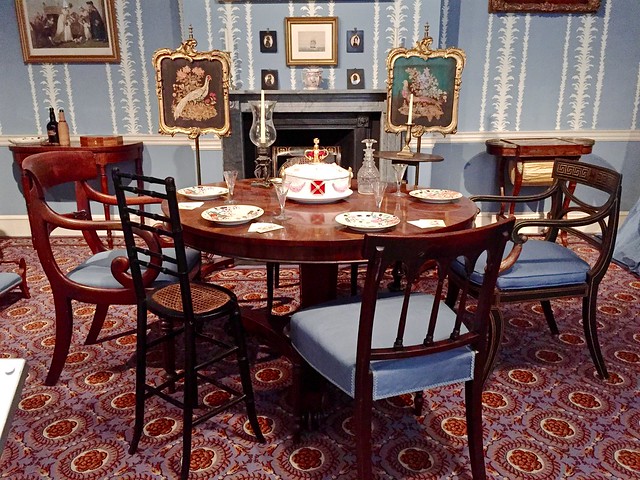 By the 1850’s the Victorian Christmas had begun to take hold with the introduction of the Christmas tree from Germany – the one at the top of this post is from the 1870 room. The royal family had a tree at Windsor every year, and their loyal subjects soon followed suit.

In 1890 the aesthetic movement had become popular with its love of Japonaiserie. By this time the practice of sending Christmas cards (and putting them on the mantlepiece) had spread. 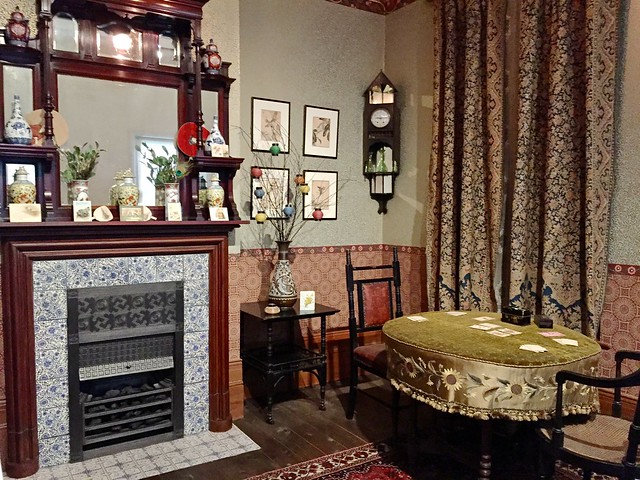 The twentieth century is covered in more detail, with a succession of rooms from different periods. The Edwardian room of 1910 is comfortably upholstered and decorated with holly. 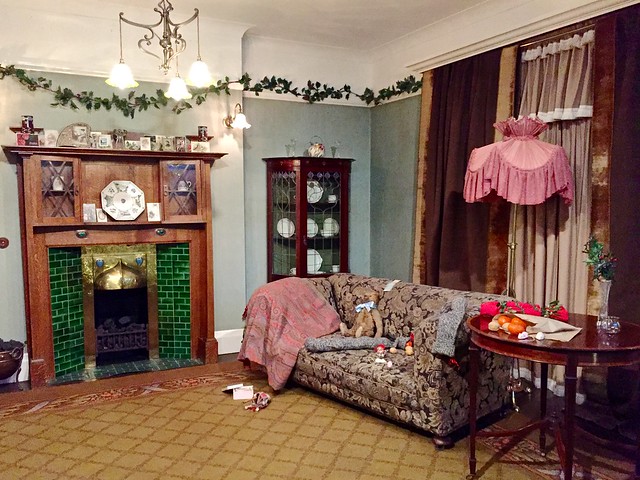 The 1930 room has a spindly artificial Christmas tree. 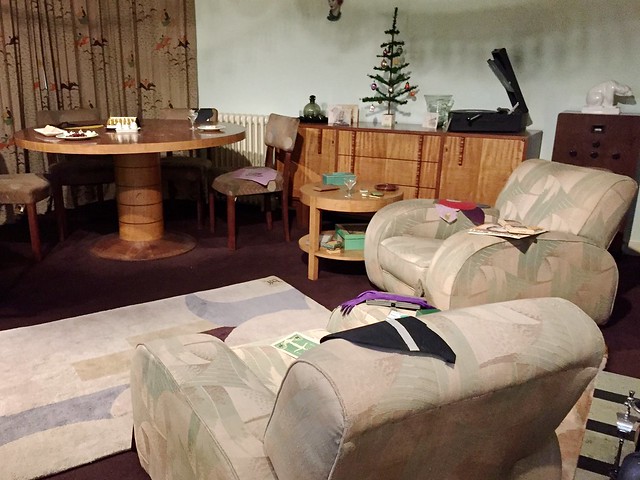 The 1965 room is the most fun, as Christmas decorations become recognisably like our decorations today, with paper chains and a focus on toys for the kids. 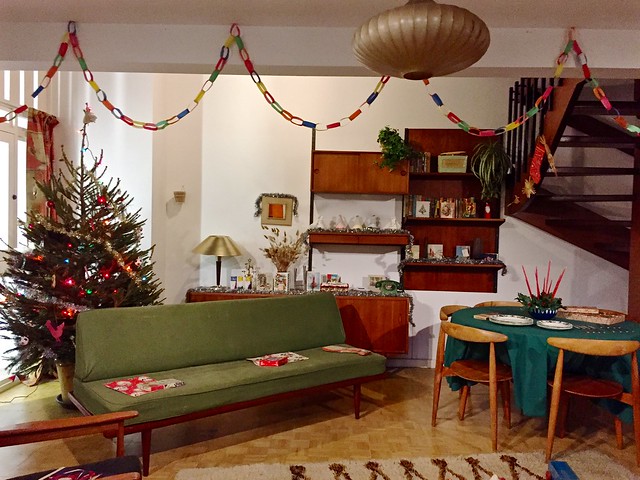 The 1990 room is cool and stylish with tinsel on the tree and crackers on the table. 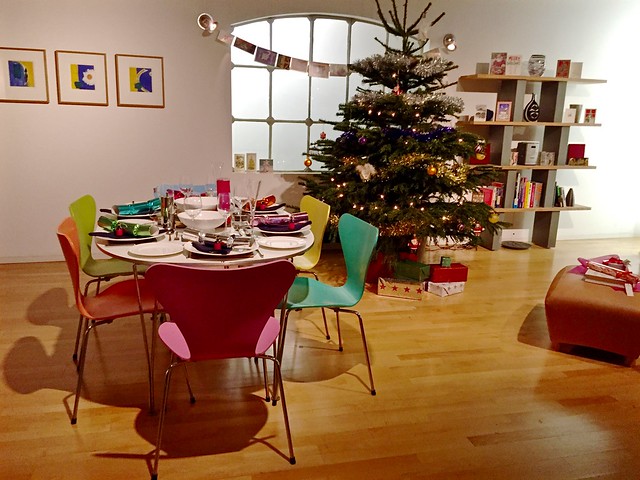 The Geffrye also has a restored chapel which is beautifully decorated for Christmas. 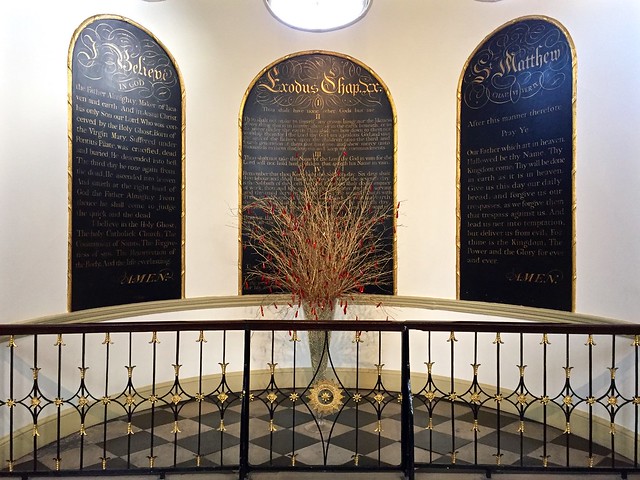 And, of course, its own Christmas tree. 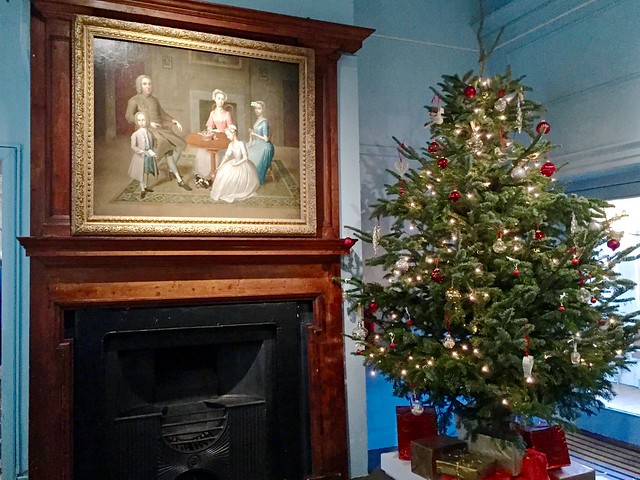 The Christmas Past exhibition is on until the 3rd of January. The Geffrye is normally open every day except Monday but is closed over Christmas.