2016 seems to be my year for visiting brand new museums. After the Tate Modern extension last month, I can add the Aga Khan Museum in Toronto to my haul. Not quite so new as the Tate, as it opened in 2014, but my excuse is it’s further to go. And a spectacular catch it is too, particularly impressive on the day we visited when the sun blazed down and the temperature was in the thirties. 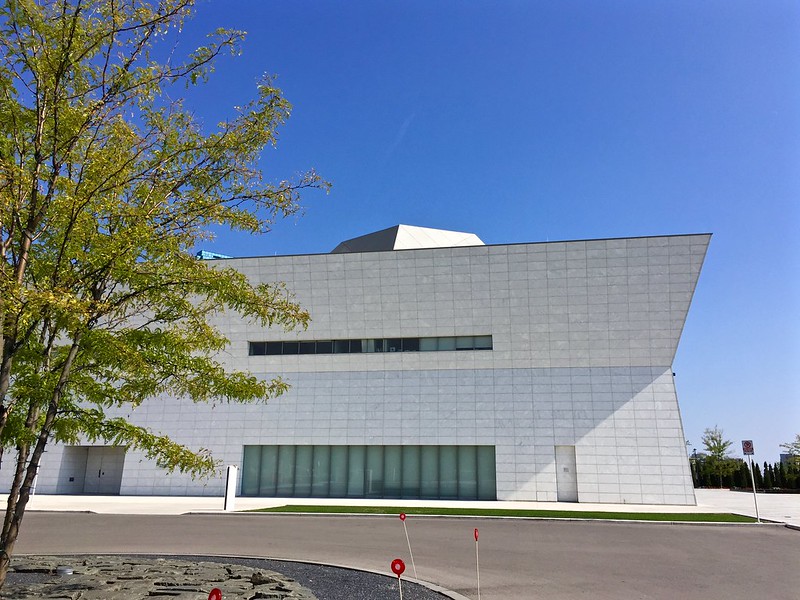 Bright sunshine shows off the spectacular building. Designed by Japanese architect Fumihiko Maki and built from cool white Brazilian granite, it takes light as its inspiration. It’s a simple rectangle,eighty one metres long and fifty four metres wide with a series of infinity pools filled with water that looks pitch black outside the cave-like entrance. 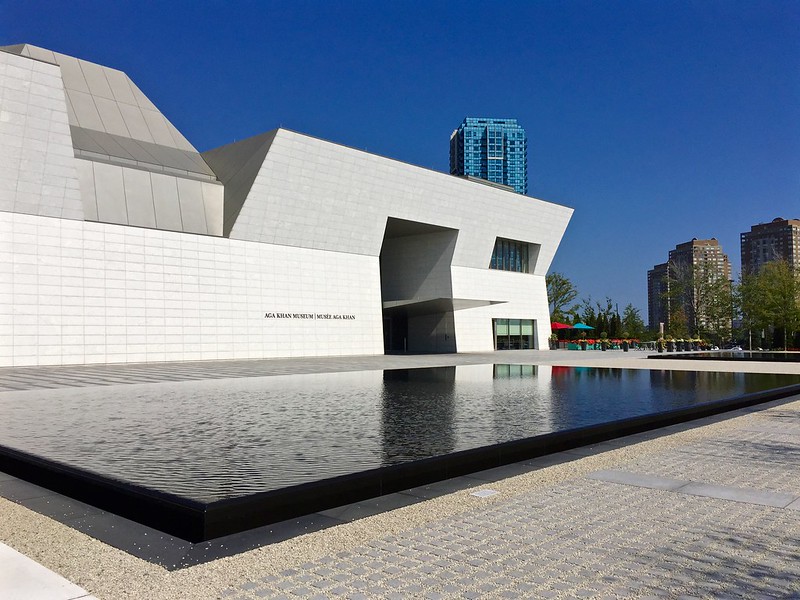 Inside you find two exhibition galleries, areas for art conservation and storage, a 350-seat theatre, and two classrooms, plus a glazed inner atrium. The glass panels are etched with a pattern that references the mashrabiya screens of traditional Islamic architecture. As the sun moves around the building, the etchings cast intricate patterns across the smooth white interior walls. 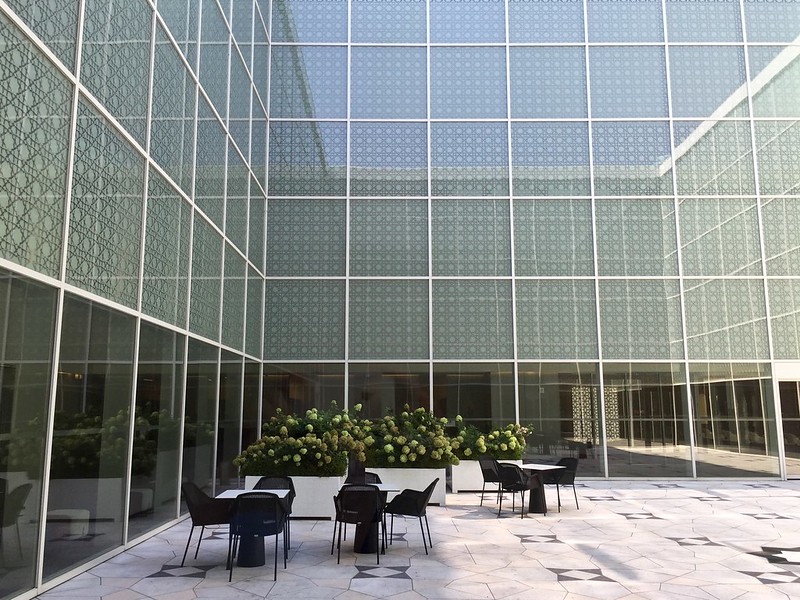 The museum was built to house paintings, objects and architectural pieces from the Muslim world with a particular focus on the Arab Near East, Iran and Hindustan (the north and west of the Indian subcontinent). 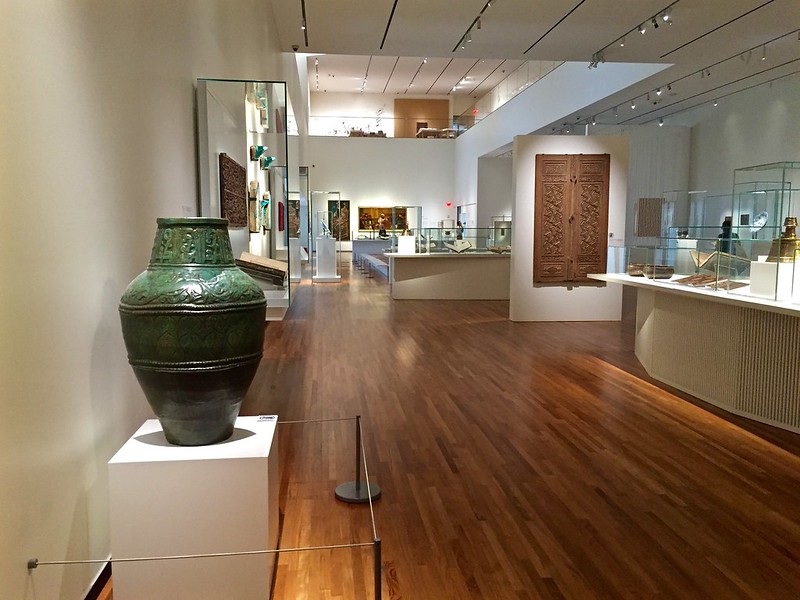 This fountain is Syrian, made from sandstone and marble mosaic in the 16th century. It would originally have been embedded in the floor. 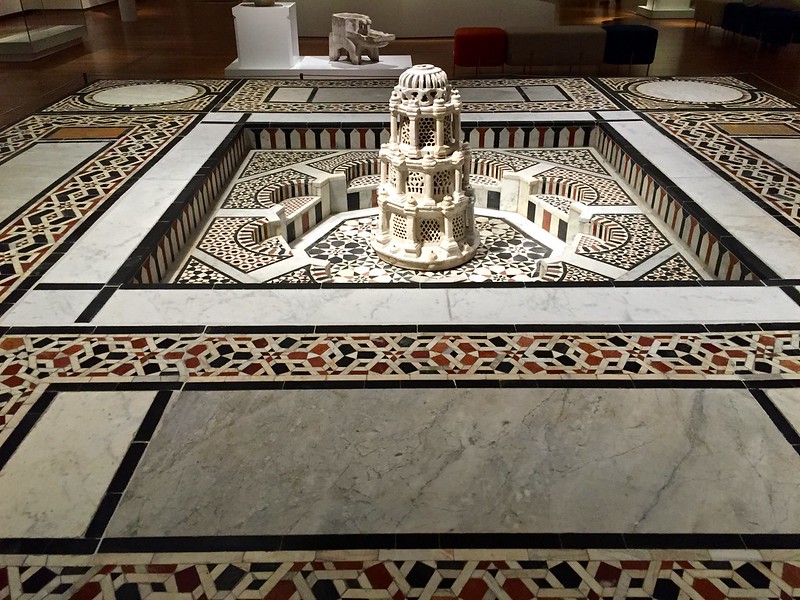 This tile comes from a Qur’anic frieze and was made around 1300. 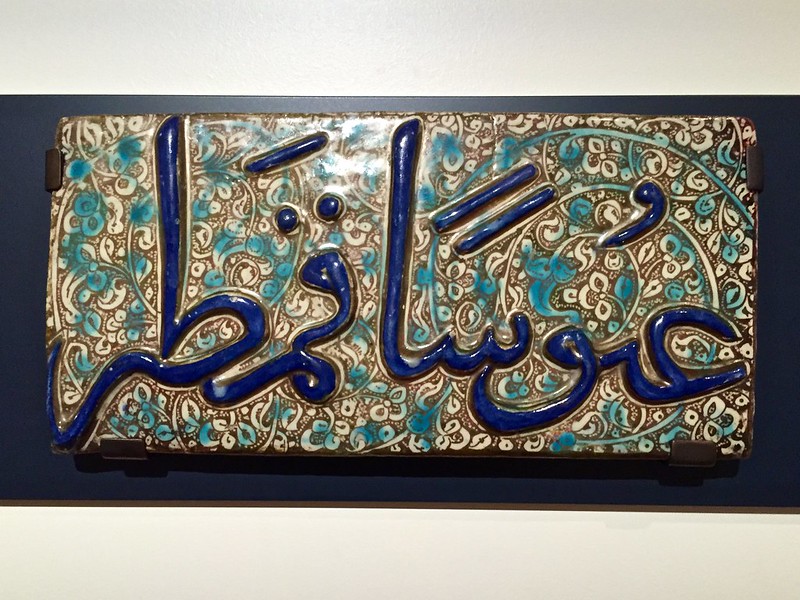 These are Shi’ite standards from the 17th century. 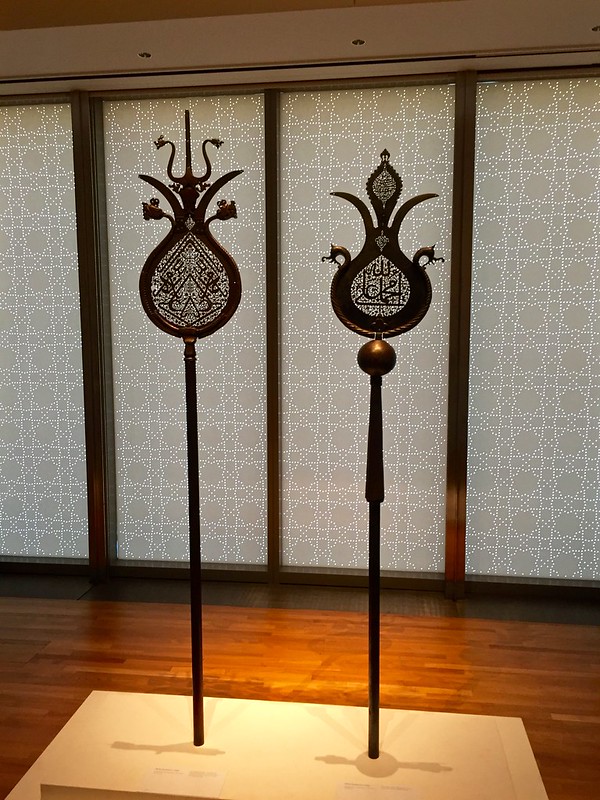 Fumihiko Maki has spent much of his career in America where he received the prestigious Pritzker prize, but has now returned to Japan to lecture at Keio university. 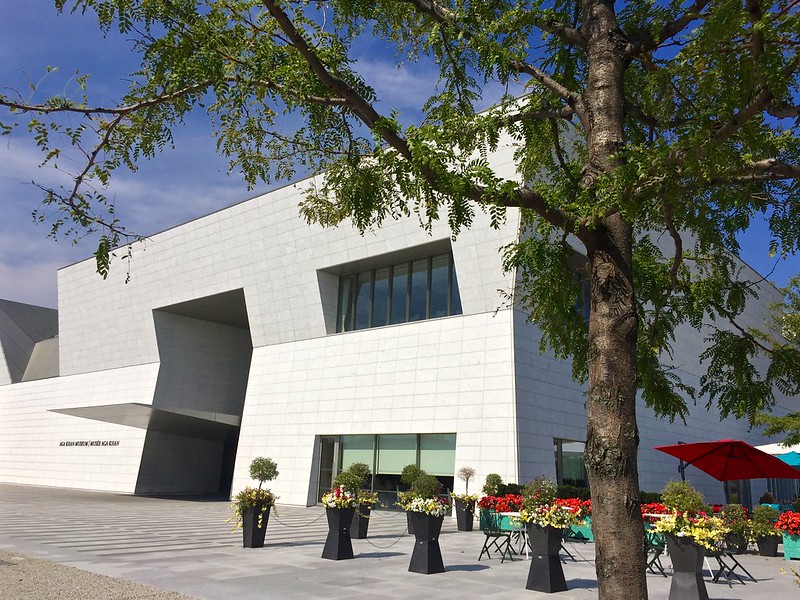 Though the sun might be beating down and the humidity going through the roof outside, inside is shady and cool with the best air conditioning ever. 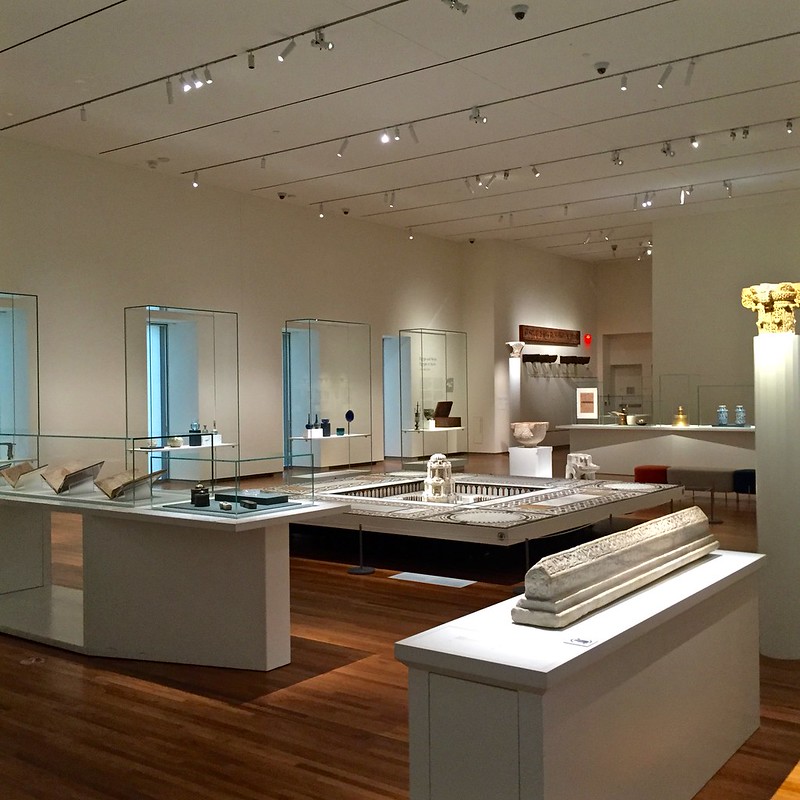 if you can’t get to Toronto to see it, I have some good news. Fumihiko Maki is currently designing the Aga Khan University and Cultural Centre building in London, part of the King’s Cross regeneration project.