Every year Kew Gardens cheers up the cold February days with a sumptuous display of orchids in the Princess of Wales Conservatory. I never miss it – it’s such a great contrast to the grey days at the fag end of winter, as the steamy warmth surrounds you and the riot of colour awakens your senses ready for another year. 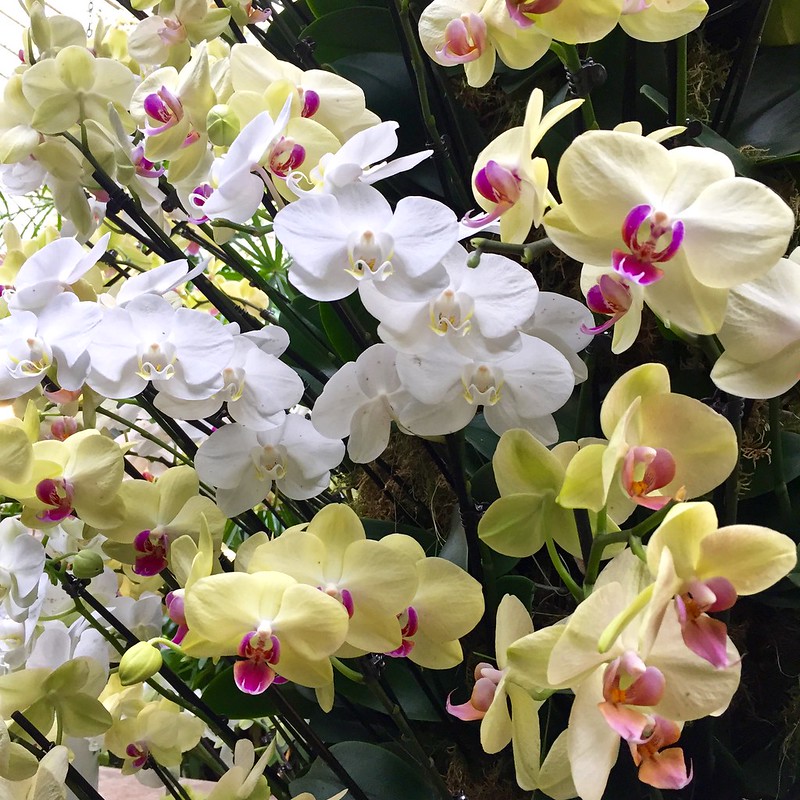 This year the theme is India, drawing its inspiration from the vibrant colours, culture and spectacular plants of the subcontinent. Along with the usual giant set pieces featuring massive displays of exotic orchids, there are decorative rickshaws and a soundscape of Indian music accompanies you as you move around the conservatory – including some rather disconcerting sounds of cocks crowing and cows mooing. 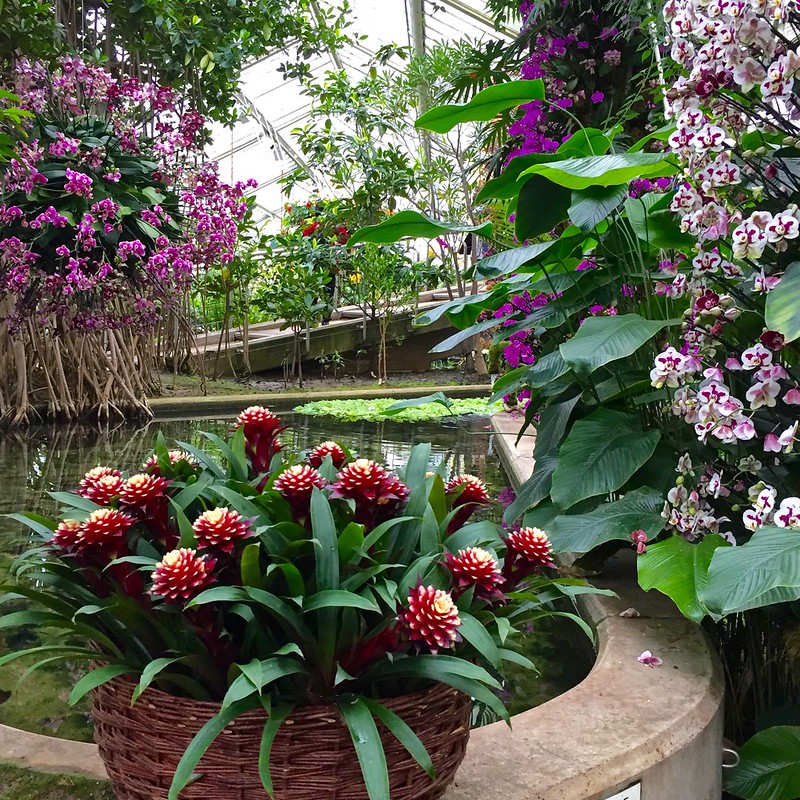 The big display always features the large pond in the centre of the conservatory, this year augmented with bright Indian hangings. 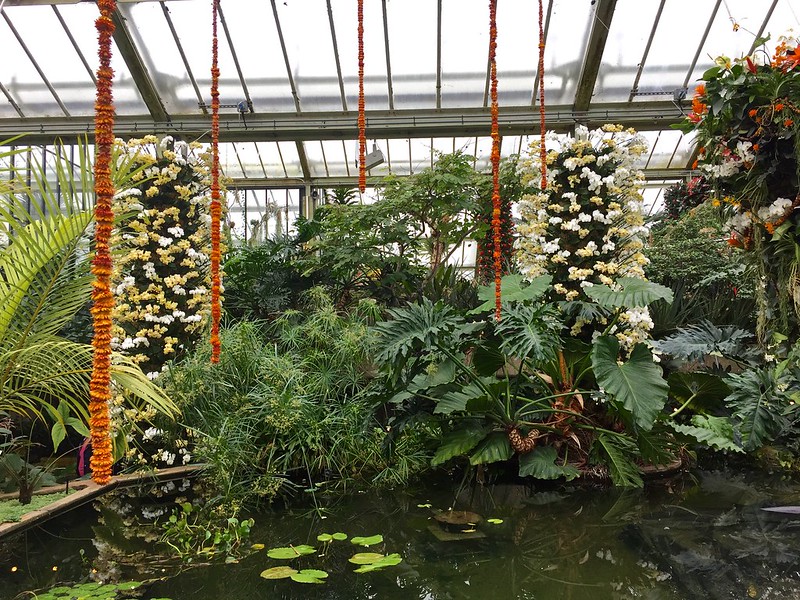 Alongside the pond is a brightly coloured cart filled with orchids. 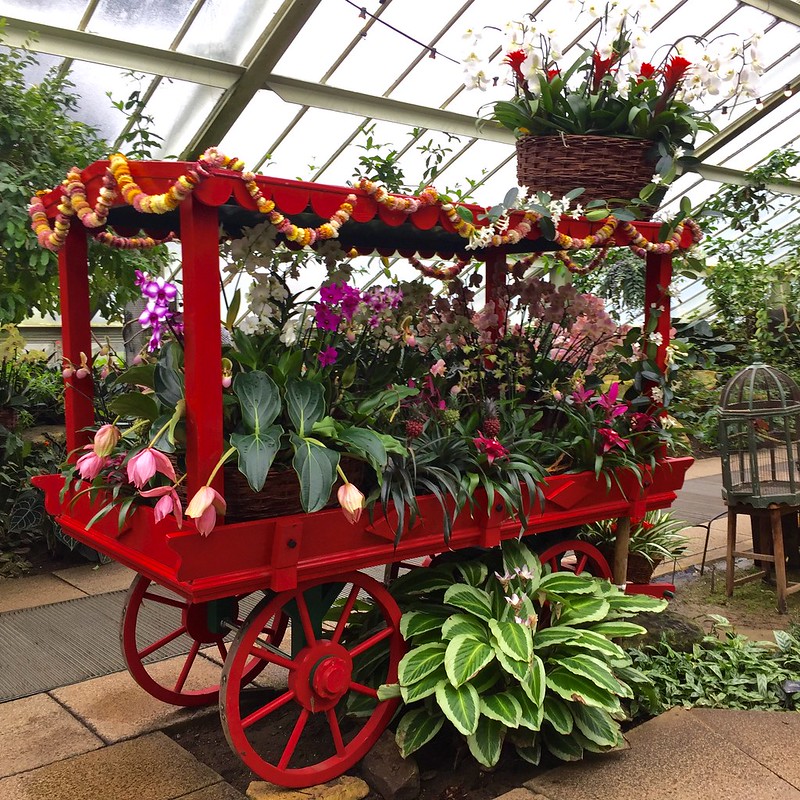 Paths lead up and down steps to more orchids, some from more temperate zones. 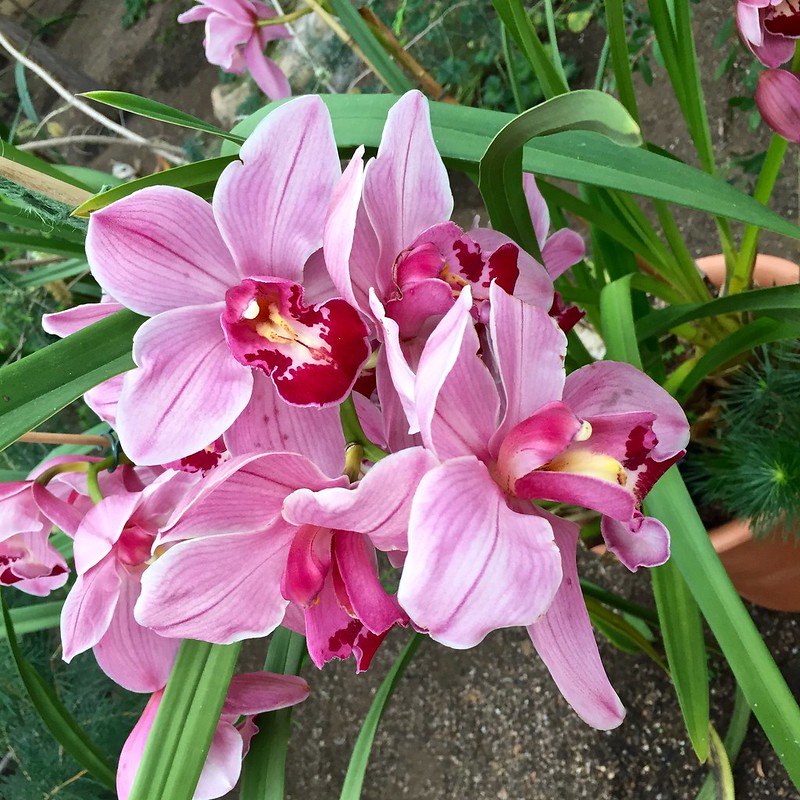 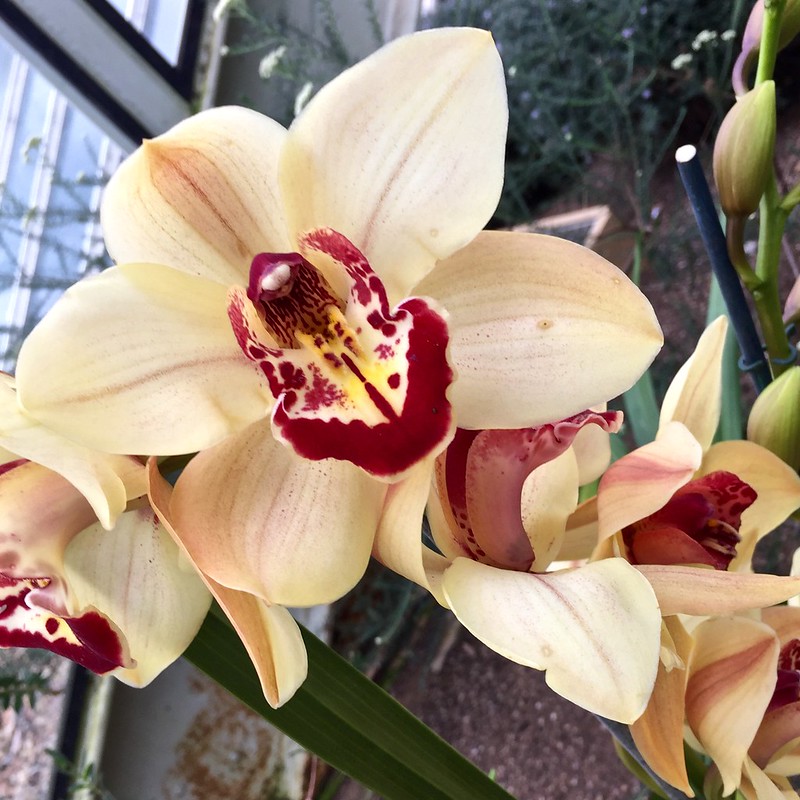 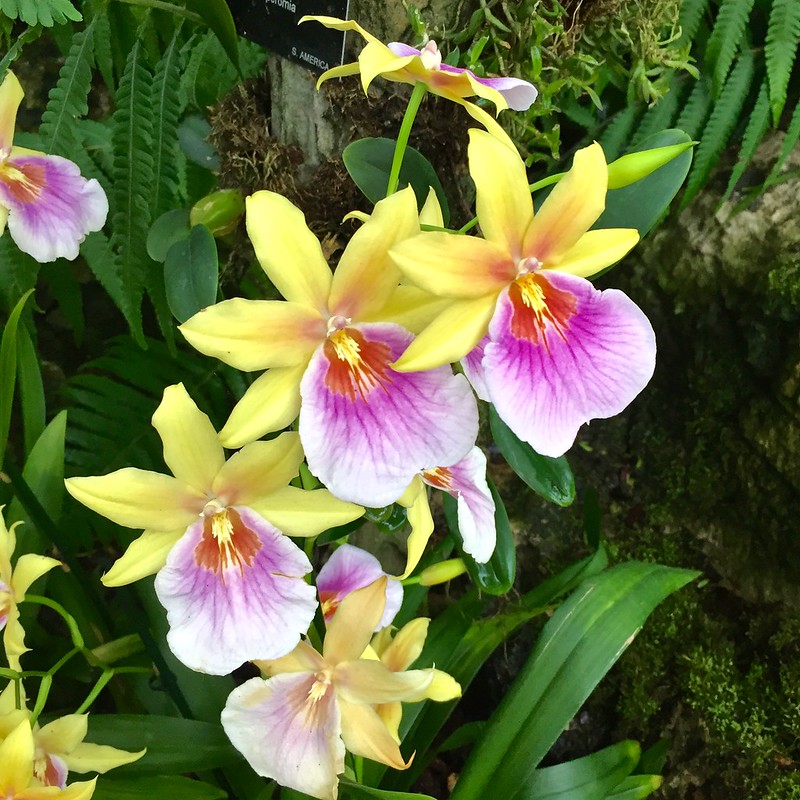 A rickshaw full of orchids is pulled by a mossy green man. 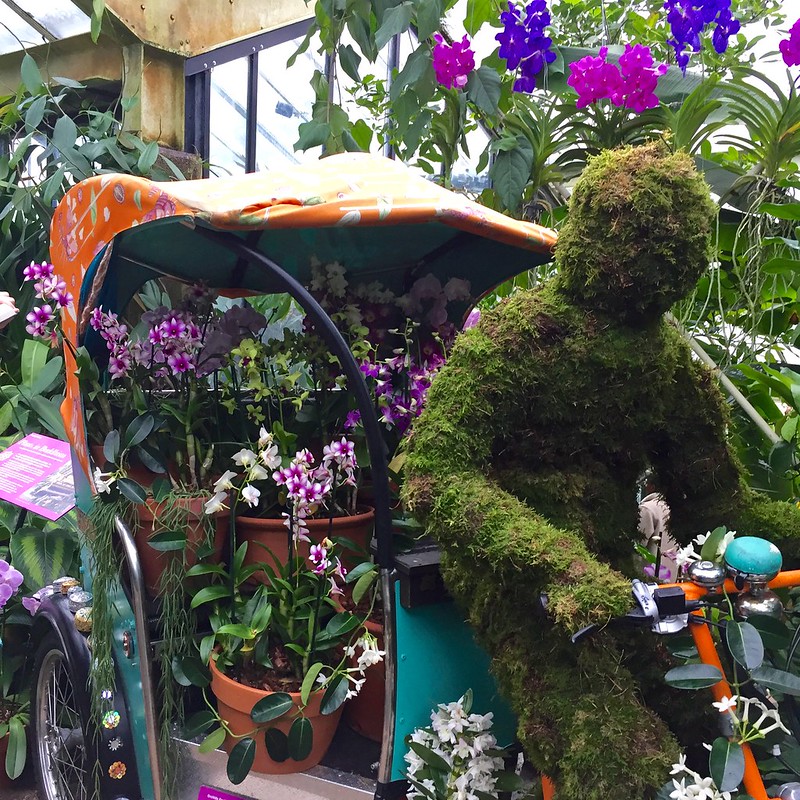 And a giant peacock flaunts a colourful orchid-filled tail. 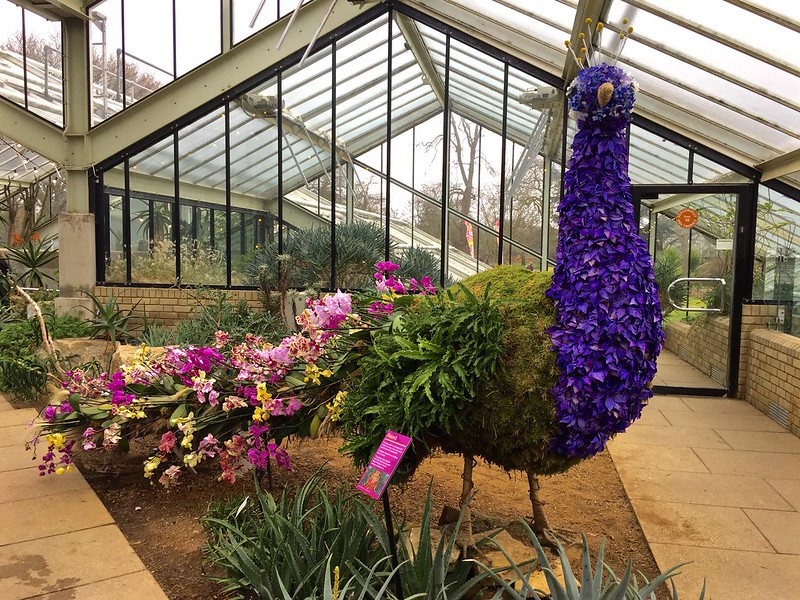 The sheer quantity of orchids on display is breathtaking. 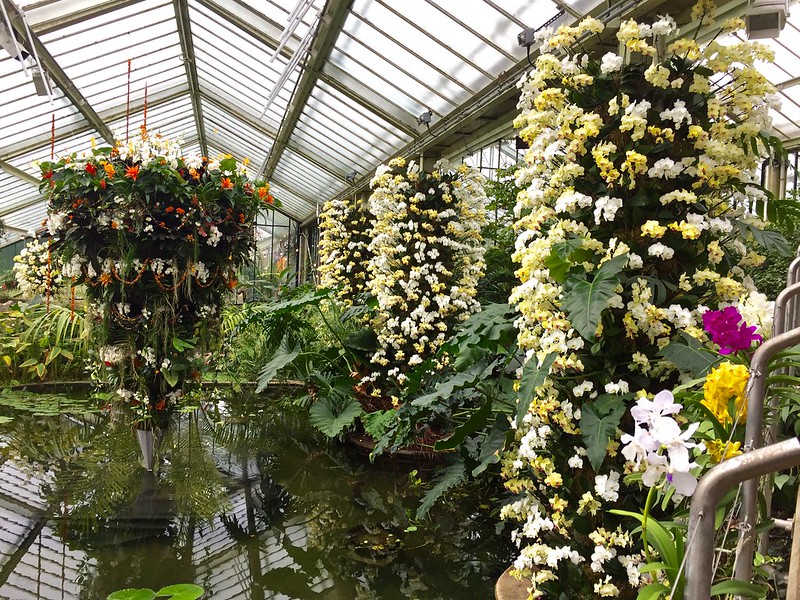 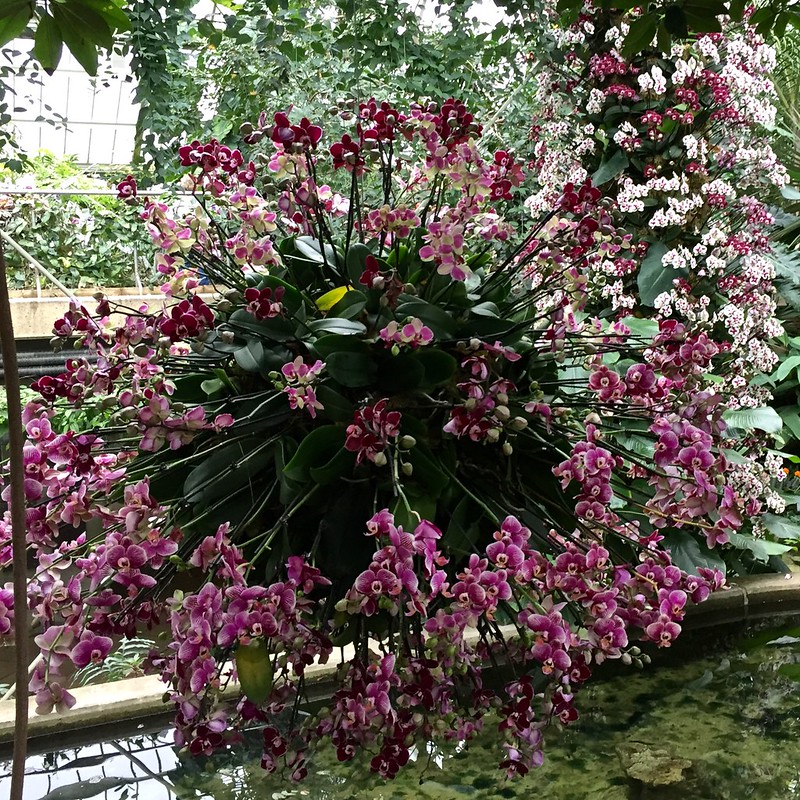 And the variety of settings means there’s always something new to see. 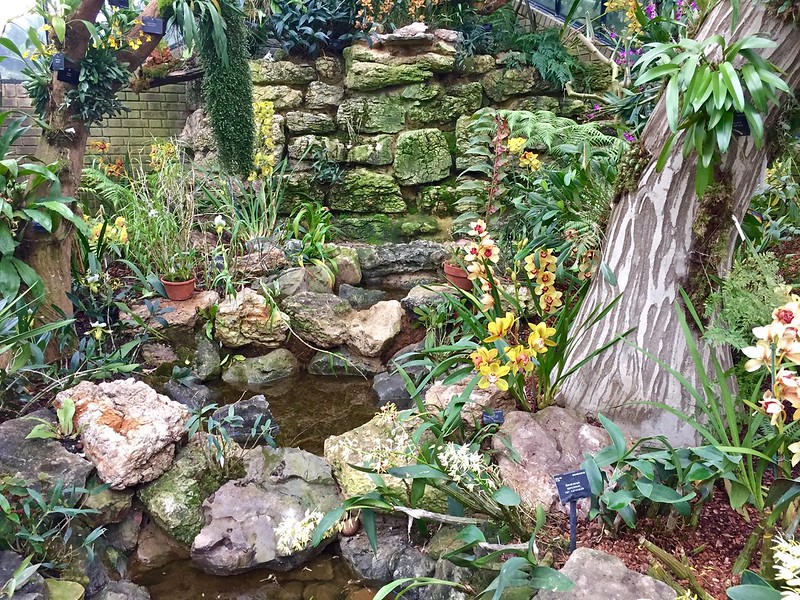 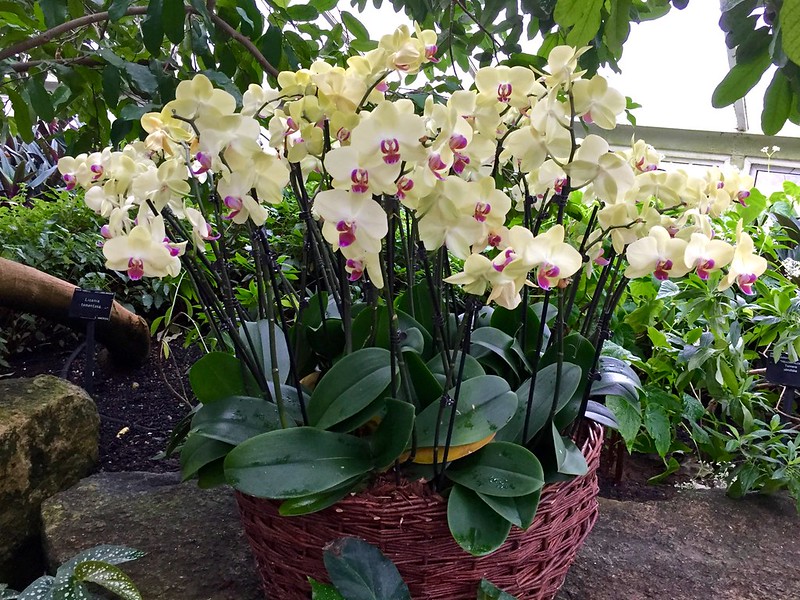 The orchid show is on until 5th March. 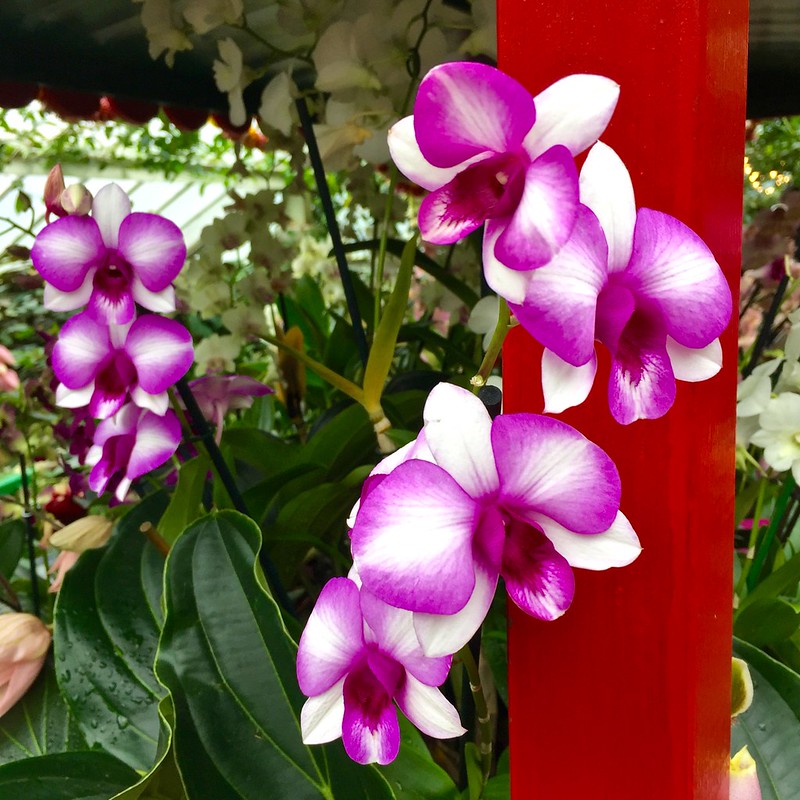